Gig ‘Em– universal sign of approval for Aggies and  identifies an Aggie or Aggie fan. Done simultaneously with thumbs up on right hand. Signals optimism, determination, loyalty and the Aggie Spirit! Was started in Old Army days, when A&M was facing TCU in a football game. Gig “em refers to hunting frogs.

Good Bull– a phrase used to describe anything that embraces or promotes the Aggie spirit or the traditions of Texas A&M. Also a sign of approval of virtually anything!

Howdy– the official greeting at Texas A&M. Students greet one another – and especially campus visitors- to continue to note Texas A&M as the friendliest campus in the world!

Old Army- anything relating to the past at A&M, past is loosely interpreted.

Pass Back- hand signal by yell leaders that tells Aggies what to do next.

Passdown (not to be confused with Pass Back)- something passed down to future generations of some significance. We often have a Passdown table at our meetings for anything Aggie (clothes or accessories) to passdown to new moms.

Whoop – Aggie upperclassmen and graduates will often say “Whoop!” as an expression of approval or excitement. It is most often used at the end of an Aggie yell. Aggies are not allowed to say the word until they have reached either junior status, 90 hours.

Century Tree– located near the Academic Building, is beautiful live oak tree that is well over 100 years old. It is one of the first trees planted on campus and the site of countless Aggie marriage proposals, weddings and tourist snapshots. Tradition says that if a couple walks together underneath the Century Tree, they will eventually marry — and if a marriage proposal takes place under the tree, the marriage will last forever.

Pennies on Sully– Lawrence Sullivan “Sul” Ross was the president of the Agricultural and Mechanical College of Texas from 1891-1898. A statue of the former Texas governor –affectionately called “Sully” — now stands as one of the most iconic landmarks on campus, situated in the Academic Plaza. The tradition to “put a penny on Sully” is  said to help students with their homework and bid them good luck before taking their exams. All items left are collected each semester and donated to a local charitable organization!

Elephant Walk– is one of the oldest standing traditions at A&M. It began with the class of 1926. The walk is held annually prior to the last regularly scheduled home football game as an event sponsored by Class Councils. It marks the end of the usefulness of the Aggie Seniors to the student body.

Reveille– also known as the First Lady of Aggieland and is Texas A&M’s official mascot. “Miss Rev” is the highest-ranking member in the Corps of Cadets and wears five silver diamonds (the Corps Commander only has four!). Visit reveille.tamu.edu to learn more about Reveille!

Aggie Ring– one of THE greatest moments during an Aggie’s time at Texas A&M is the day they receive an Aggie Ring. It is the most visible sign of the Aggie Network! Normally ordered after completing ~ 90 credit hours. Every element on the Aggie Ring is symbolic! Three times a year, thousands of Aggies, family and friends gather at Clayton W. Williams, Jr. Alumni Center to celebrate receiving their Aggie Ring!

Midnight Yell-held at Kyle Field at midnight before home games. Sometimes occurs at a set location for away games. Brief history; was started on the steps of the YMCA Building as a way for freshman cadets to practice yells.

Silver Taps– Silver Taps is that final tribute paid to an Aggie who, at the time of their death, was enrolled in professional, graduate or undergraduate courses at Texas A&M. It began in 1898 when the first Silver Taps was held in honor of Lawrence Sullivan Ross. The ceremony was observed in front of Old Main until it burned in 1912, and then in front of Goodwin Hall until 1918 when it was moved to the present site, in front of the Academic Building.

Over time, new traditions have been added to Silver Taps. In the 1920’s, the flag was placed at half-staff the day of Silver Taps. The special music “Silver Taps,” composed by Colonel Richard J. Dunn, was played by two buglers during the 1930’s. This haunting arrangement is not formally written; it is passed from bugler to bugler. The chimes, which play prior to Silver Taps, were rung from 1955 to 1973. They were resumed in 1975 after the renovation of the Memorial Student Center. Formerly, Silver Taps was observed as soon as possible after the death of an Aggie. Today it is held on the first Tuesday of each month from September to April, if necessary.
The ceremony begins on the day of Silver Taps when the flag in front of the Academic Building is placed at half-staff. Notices are posted at the Memorial Student Center, Evans Library, and at the base of the flagpole in front of the Academic Building. At 10:15 p.m., chimes from the Albritton Bell Tower begin to play. The ceremony begins at 10:30 p.m. as the Ross Volunteers Firing Squad marches in slow cadence to the statue of Lawrence Sullivan Ross. Three volleys are fired. “Silver Taps” is played by six buglers three times – to the North, West, and South. This concludes the ceremony, but not the feelings of respect and honor.
With respect, the ceremony of Silver Taps is dedicated to the deceased Aggie and is a solemn and serious event. Some important observances must be remembered:
The area in front of the Sul Ross statue and the Academic Building is reserved for the friends and family of the deceased.
Aggies do not stand or sit on the benches lining the walkway between the flagpole and the Sul Ross Statue.
The darkness and quiet, which cover the campus, emphasize the mood for Silver Taps. Aggies help to retain this tranquility by covering windows, keeping noise to a minimum, and walking to and from the ceremony without talking.
The name of the deceased Aggie is posted on the flagpole base during the day of Silver Taps. 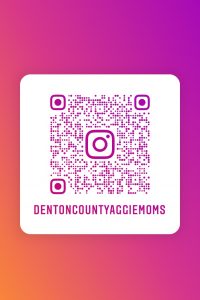 A sneak peak of who we are:

Thanks and Gig'em to our Sponsors email us if your company would like to be a sponsor.